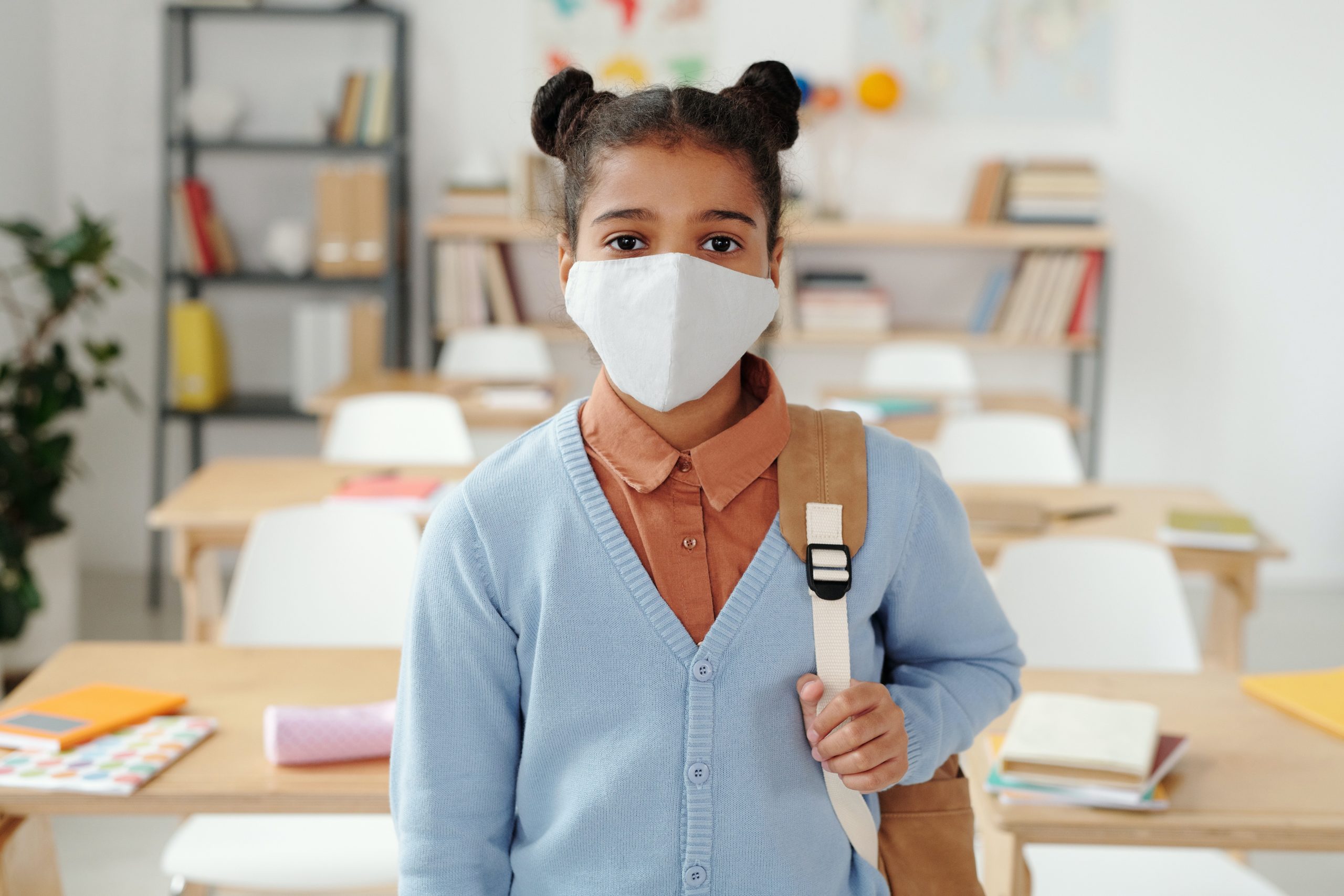 On Monday, August 30, the U.S. Department of Education’s Office for Civil Rights (OCR) opened investigations into five states that prohibit schools from setting universal mask mandates. Letters were sent to the chief state school officers of Iowa, Oklahoma, South Carolina, Tennessee, and Utah. Several state school chiefs who received the letter said they agreed that their school districts should have the flexibility to set mask requirements if they deem them necessary.

OCR will specifically investigate whether statewide prohibitions on universal indoor masking discriminate against students with disabilities who are at heightened risk for infection of COVID-19 by preventing them from safely attending in-person education. Specifically, they will determine whether these prohibitions are a violation of the Americans with Disabilities Act and Section 504 of the Rehabilitation Act which collectively mandate that schools are required to provide a free and adequate public education (FAPE) to students with disabilities and also provide programs and facilities that are accessible to individuals with disabilities.

Education Secretary Miguel Cardona had previously sent letters to each of the states who will be subject to the OCR’s investigations. In it, he noted that “the safe return to in-person instruction requires that school districts be able to protect the health and safety of students and educations, and that families have confidence that their schools are doing everything possible to keep students healthy.”

The Department will continue to monitor, but did not launch an official investigation into, Florida, Texas, Arizona, or Arkansas as they have voluntarily suspended enforcement of their policies while litigation is ongoing as described below.

The governor has argued that a new Florida law gives parents the ultimate authority to oversee health issues for their children. However, the judge noted, it exempts government actions that are needed to protect public health and are reasonable and limited in scope. A school district’s decision to require student masking to prevent the spread of the virus falls within that exception.

Through his opinion, the judge cited Florida Supreme Court decisions which found that individual rights are limited by their impact on the rights of others. For example, adults have the right to drink alcohol but not drive drunk, and that there is a right to free speech, but not to harass or threaten others. As a result, he said that school boards could reasonably argue that mask-less students endanger the health of other students and their teachers, and mask policies should be up to them to determine.

Despite the ruling, the Florida Department of Education on August 30 began withholding school board member salaries from two school districts that require masks in classrooms. Florida Education Commissioner, Richard Corcoran, said he is following through on the orders of the State Board of Education and stated funds would continue to be withheld monthly until each school board complied with state law and rule.

On Tuesday, August 17, a lawsuit was filed in Texas claiming that the state is discriminating against medically vulnerable students by failing to accommodate their disabilities. The parents filed suit on behalf of their disabled children, all of who are under age 12 and ineligible to receive a COVID-19 vaccine.

The parents claim that the ban violates Section 504 and Title II of the ADA by excluding students with underlying medical conditions from district programs and failing to make reasonable accommodations that would allow those students to attend school. In addition, they are asking a judge to issue a temporary restraining order that would allow districts to implement mask mandates and prohibit the state from withholding funds from districts that choose to make them mandatory.

The lawsuit challenges an executive order by Governor Greg Abbott that declares school systems cannot require students or staff to wear a mask. It also noted that districts must allow individuals to wear a mask if they choose to do so. As a result of ongoing litigation, the Texas Education Agency issued an updated public health guidance that stated it would not be enforcing the mask provisions in the interim, but would make additional guidance once the court issues are resolved.

In Arkansas, a judge pressed pause on the state law that prohibits local officials from setting mask mandates, meaning school districts can – at least for now – set their own local mask requirements. Tennessee’s governor has signed an executive order requiring schools to allow families to opt out of mask mandates. In Utah, local health departments can issue 30-day school mask mandates with approval from the state or county government.