HB 170 provides the option for secondary schools to offer instruction in computer science. After the bill passed in the House, the Senate amended it, and the House then reviewed and agreed to the changes. Gov. Kasich signed the bill on December 22.

The bill requires the State Board of Education to adopt academic content standards and a model curriculum for computer science for grades K–12, including standards for introductory and advanced computer science courses in grades 9–12. Any school district or school may use these standards and curriculum, or any part of them, but no school would be required to use them in whole or in part.

School boards may establish a computer science and technology fund to support computer science programs and professional development. The fund may include district or school funding, private funding, and future state funding, as long as these funds may legally be used for this purpose and are not designated for something else. This fund may be used for professional development, online assessments including instruction and data that support these assessments, wireless connectivity, network services, computer equipment purchases, and leveraging or matching additional private donations.

Private, nonreligious charter schools are permitted but not required to receive auxiliary services funding directly rather than from the local school district. In this case, these schools may contract with the local districts for certain health, support, scoring, and security services for which the funding may be used. After the end of each biennium, if the funding was insufficient, these schools may apply to ODE for funds to make up the difference.

The Senate Education Committee has announced a fourth hearing on Senate Bill 216 to be held on Wednesday, December 13, at 9:45 a.m. in the North Hearing Room of the Senate Building in Columbus. The time of the meeting has been changed to allow for a longer meeting, as a large volume of testimony is expected. A number of school superintendents have provided testimony at previous hearings. It is rumored that the Education Committee Chair, Sen. Peggy Lehner, is opposed to at least some of the bill provisions. If the bill is not referred out of the Senate Education Committee before their December break, there might be closed, interested party meetings (instead of open hearings in committee) into January.

How to Provide Testimony

Anyone who is interested in providing testimony for next week’s hearing, whether oral or written or both, may do so by completing and sending an Education Witness Slip and written testimony to kate.rossman@ohiosenate.gov no later than 24 hours prior to the committee hearing. The committee is anticipating a large volume of testimony, so requests will be granted on a first-come, first-served basis. Oral testimony will be limited to 5 minutes (2–3 pages written).

The first hearing was held on October 18. The sponsor of the bill, Sen. Matt Huffman, introduced the bill to the Education Committee. He noted that burdensome paperwork and tedious tasks distract teachers and superintendents from their primary role of educating students. Sen. Lehner said that although a number of things may be cumbersome, there may be valid reasons to keep them, such as the Kindergarten Readiness Assessment (KRA).

At the second hearing on November 8, several superintendents and other supporters of the bill provided testimony that the proposed changes will remove “unnecessary burdens” that draw attention away from teaching and learning. School leaders and teachers argued that they can more effectively educate students without the overwhelming number of regulations that dictate how schools should be run. Specific provisions supported:

The third hearing, on December 6, was for opponent and interested party testimony. At this hearing, State Superintendent Paolo DeMaria called the bill “a step backward” and “a reactive approach.” He testified as an interested party, noting that he had considered each provision of the bill and whether it would benefit students. He opposed many of the changes in the bill, including the following:

In all, 13 individuals provided testimony at the third hearing, mainly in opposition to removing the KRA and the licensure grade band changes. Several others were prepared to provide testimony, but because of the length of the meeting, they were asked to come back for the fourth hearing.

For an overview of SB 216, introduced on October 10 by Ohio Sen. Matt Huffman, refer to our previous blog post, Unboxing the Education Deregulation Bill: What’s Inside SB 216.

Super Lawyers is a national rating service that publishes a list of attorneys from more than 70 practice areas who have attained a high degree of peer recognition and professional achievement.

To qualify as a Rising Star, an attorney must score in the top 93rd percentile during a multiphase selection process that includes peer review and independent evaluations. A Super Lawyers rating is considered a very prestigious designation in the legal field, and we commend Pamela, Gary, Erin, and Megan for their continued achievement! 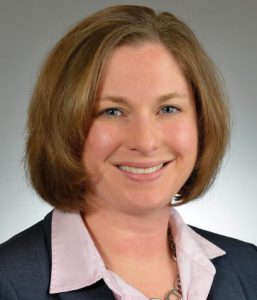 Pamela Leist is an attorney who has been with Ennis Britton since 2005, when she began serving as a law clerk while attending law school. As a member of Ennis Britton’s Special Education Team and Workers’ Compensation Team, she represents school districts across Ohio on a number of issues including special education, student discipline, labor and employment matters, and more. She also serves as the firm’s marketing coordinator. Pam is a frequent presenter on many education-related topics. 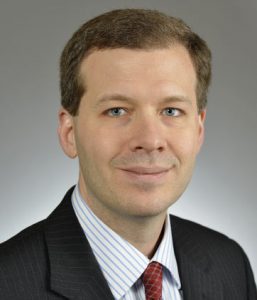 Gary Stedronsky is a shareholder who has been with Ennis Britton since 2003. He started as a law clerk while attending law school. As a member of Ennis Britton’s Construction and Real Estate Team and School Finance Team, he provides counsel to school districts throughout Ohio on matters related to property issues, public finance, tax incentives, and more. He is a published author and frequent presenter on many education-related topics. This is Gary’s fifth year in a row to receive this prestigious award. 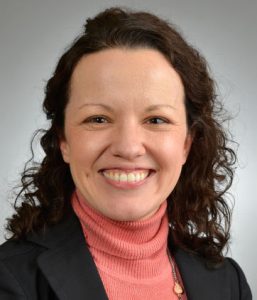 Erin Wessendorf-Wortman is an Ennis Britton attorney. As a member of Ennis Britton’s Workers’ Compensation Team and Special Education Team, Erin represents school districts across Ohio on a variety of matters including labor and employment issues, civil rights, special education, public records, and more. She is a published author and frequent presenter on many education-related topics. This is Erin’s second year in a row as a Rising Star.

Megan Bair Zidian is an Ennis Britton attorney who advises school districts on a variety of education law matters. As a member of Ennis Britton’s Special Education Team and School Finance Team, Megan represents boards of education on collective bargaining, student discipline, board policy, and much more. She is a frequent speaker at school conferences and in-service trainings for staff and administrators. This is Megan’s second year in a row to receive the Rising Star award.